Are you looking for some meaningful seafarer quotes about life at sea and nautical equipment and instruments such as anchors and compasses? If so, you’ve come to the right blog post. Here we’ve gathered for you a collection of ten quotes about compasses that we think are inspiring and interesting - hopefully you will find them so too.

At Martide it’s no secret that we love a good seaman quote and quotes about seafarers - if you have time, why not click on the links in this post and find some more maritime quotes to share with friends and family who are interested in sailing, ships, seafarer jobs and all things nautical.

Like all of our other seafarer quote blog posts, we’ve also included a short bio of the people who said or wrote these sayings. That way you can do a bit of exploring on your own if you’d like to find out more about the people behind these words of wisdom.

But for now, stick with us as we dive into a bunch of quotes about compasses. After all, we all need some direction in life sometimes - whether we’re on land or at sea!

Even if you don’t know the name Stephen Covey, chances are you’ve heard of what is probably his most well known book, The 7 Habits of Highly Effective People, which is widely thought to be one of the most influential books about business written in the twentieth century. As well as an author, Covey was also a businessman, educator and keynote speaker - so we can probably assume that he was, indeed, a highly effective person!

2. “Life is a voyage that’s homeward bound. Stay on the right path. He that has patience may compass anything.” - François De La Rochefoucauld

To give him his full title, François VI, Duc de La Rochefoucauld, Prince de Marcillac was a French moralist and author of maxims and memoirs. Born in 1613 in Paris, he was a member of the classicism literary movement and the sea was a frequent theme in his many writings.

3. “Though pleas’d to see the dolphins play, I mind my compass and my way.” - Matthew Green

Not much is known about Matthew Green apart from the fact that he was a witty and popular man who worked as a clerk in a customhouse and wrote the  occasional poem. He admired the Quakers (although it is thought that he was not one himself) and died in London in 1737.

Read more: 10 of Martide's Favorite Seafarer Quotes About the Sea

4. “I always have a sense of trembling, but so does a compass, after all.” - Jerzy Kosiński

Also sometimes known as Joseph Novak, a pseudonym, Jerzy Kosiński was a Polish born writer who later adopted American citizenship. His birth name was Lewinkopf but, as a Jewish family, his family used the name Kosinski to try and evade persecution by the Nazis during the Second World War. After studying and working as a lecturer in Poland he emigrated to the USA where he taught himself English and published both novels and works of  non-fiction.

5. “Develop your own compass, and trust it. Take risks, dare to fail, remember the first person through the wall always gets hurt.” - Aaron Sorkin

It’s likely that you know the name Aaron Sorkin for his work as a producer, actor and writer. Born in 1961 in New York City, Sorkin at first wanted to act for a living before realizing his true talent and passion lay in writing. His political series The West Wing and movie A Few Good Men are probably among his best known works to date.

6. “A highly developed values system is like a compass. It serves as a guide to point you in the right direction when you are lost.” - Idowu Koyenikan

Idowu Koyenikan is an author and organizational coach who helps companies succeed through coaching, strategic planning and training. He is the author of the book Wealth for All: Living a Life of Success at the Edge of Your Ability.

7. “When kindness is your compass, you will find guidance to the right path in this life and the next.” - Stewart Stafford

Stewart Stafford is a writer of fantasy and horror fiction. He was born in New York City to Irish parents who then returned to Ireland when Stafford was just three years old. He is inspired by all aspects of day to day living and loves Irish traditions, folktales, and superstitions.

8. “Men go abroad to wonder at the heights of mountains, at the huge waves of the sea, at the long courses of the rivers, at the vast compass of the ocean, at the circular motions of the stars, and they pass by themselves without wondering.” - Saint Augustine

Saint Augustine of Hippo was born in Algeria in the year 354. He was the bishop of Hippo (now the Algerian city of Annaba) from 396 to 430. He was also a writer, theologian, preacher and rhetorician. Saint Augustine is one of the Latin Fathers of the Church and is formally recognized as a doctor of the church in Roman Catholicism.

9. “He who loves practice without theory is like the sailor who boards ship without a rudder and compass and never knows where he may cast.” - Leonardo da Vinci

Unlike some of the names on this list of seafarer quotes, da Vinci might not need an introduction. The famed Italian polymath might be best known as an artist and painter, but he was also an accomplished engineer, draftsman, scientist, sculptor, and architect. His best known work is undoubtedly the Mona Lisa which da Vinci started painting in 1503, some 16 years before his death in 1519 at the age of 67.

10. “People see by the light of their own stars. Some nights the stars waver in obscuring mists. I steer a straight course by my own compass. and delight in the mysteries of misguiding stars.” - Chris Ernest Nelson

The last person on our list of compass and maritime quotes, Chris Ernest Nelson is a retired high school teacher, a historian and a published modern American poet who is still currently posting new works on his personal blog.

So what do you think? Did you enjoy our list of ten seafarer quotes about compasses? Do you have any of your own that you would like to add that you think we’ve missed?

We also love seaman quotes about storms at sea and about sailing, rowing, and the ocean, so if you’re looking for more inspirational and meaningful seaman quotes, don’t forget to check those out too! 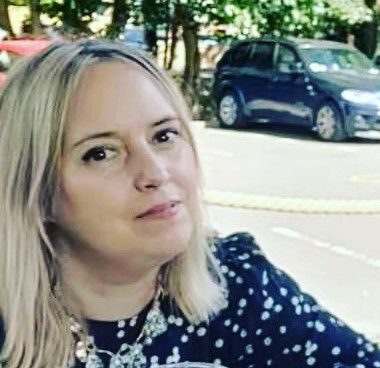