The coming and going of merchandise and commodities from one place to another are often done either via sea or air. These are the fastest options for productive and profitable commerce.

Products that are only available overseas are within hand's reach.

One of the differences between sea freight and air freight is seemingly apparent: one moves goods by water and the other by air across the globe.

If we're going to take a closer look, what are the big roles they play in the transport sector and how do they really affect the global trade industry?

Sea freight offers more value and capacity, making it the most common way of transporting goods in international trade.

Goods are placed in big containers for transporting. This is why sea freight is considered more suitable for the transport of bulk cargo.

Even though this is usually much slower than air, and customs issues and port holdups can possibly result in delays, Express Less-than Container Loads (LCL) offers a remedy and are becoming increasingly available today on more routes and by more forwarders – we'll look further into this later.

This is still cheaper than air freight and often guarantees a delivery date, and is faster than regular sea freight.

In terms of environmental impact, sea freight has a better carbon footprint than air freight. Read on for more information.

Since it is a faster option, air freight has a higher price compared with sea freight.

Air shipment is transported either through cargo aircraft dedicated to the transport of goods or on normal passenger planes.

Small-volume goods with high values are sent as air cargo. These can be classified as general cargo and special cargo.

These shipments normally arrive at their destinations on the same day or the next, making air freight ideal for transporting shipments that have a limited shelf life such as pharmaceutical drugs, food items, etc.

This way of shipping goods by air is best used when the cost of shipping is less than 15-20% of the value of the shipments.

It also saves time and is considered safer and more secure than sending by sea.

This is due to the fact that airports and their surrounding areas are often well guarded against thieves and intruders.

In addition, air cargo for import and export takes much less time to get cleared compared to received goods by sea. This is why there is a lesser need to warehouse air cargo.

However, airlines also have stricter rules when it comes to shipping hazardous materials and there is a long list of prohibited items for air freight.

Regulations vary by national law and airline. Some of the commonly prohibited items include flammable objects, gasses, magnetic substances, toxic or corrosive items, and oxidizers and biochemical products.

Packaging can also be subject to restrictions. Besides this, dangerous cargo classifications, documentation requirements, and dangerous cargo handling instructions are other details to be considered.

Choosing the way to transport goods between sea and air freight usually depends on the load's contents, weight, size, and how soon a client needs the shipment.

Shipping via air for small cargo makes a lot of sense. Though this may cost more, the shipment will arrive much sooner compared to shipping via sea and will normally only take hours or days rather than weeks.

For retail items or electronics, where quick turnover or more income is involved, and which needs heightened transport security, air freight is also usually the best choice.

In addition, when the COVID-19 virus hit the world, all freight prices became more expensive than before due to change in routines and regulations caused by the pandemic.

Under those circumstances, sea freight, which is much cheaper especially for larger shipments, became the practical choice for transporting goods.

Shippers who want to transport smaller quantities usually have to pay a premium to use air freight.

Fortunately, there are now sea freight services which can compete with air freight for time and are a lot cheaper.

This is a result of ships getting faster, improvements to ocean tracking, canal upgrades cutting delays on some routes, and a more competitive freight market.

Most air cargo is typically consolidated and services are usually once or twice a week, which means transit times are usually 5-7 days.

Compare this with some express LCL shipments.

For example, Europe to the East Coast of the USA can take as little as 8 days, although this can be much longer depending on some unpredictable factors. However these services can be used for high-value products, with a critical, but not immediate, due date.

It will also work well for shipments with a short shelf life, but one that is longer than a couple of weeks.

Looking at the environmental aspect

Even smaller businesses are taking part in this environmental cause and work on ways they can contribute to a more sustainable future.

CO2 emissions from sea freight are significantly lesser compared with air freight. Despite the fact that ships are larger than planes, sea freight still has a much smaller carbon footprint.

In overview, sea freight and air freight both have their advantages and disadvantages.

It's undeniable that they also play big roles in terms of the trading industry worldwide.

Knowing their differences gives a clearer picture of what shipping method needs to be used depending on several factors like time, urgency, safety and security, amount, and many more.

If you want to enter and know more about the shipping industry, we can definitely help you with that!

Here at Martide, we'll gladly assist you in landing your next seafarer job.

We’re always looking to recruit skilled crew members, like you, on behalf of our maritime industry clients. (Ready when you are!)

Don’t forget that you can also start your journey and apply for any of our vacancies using our free mobile app.

You can also download the app from Google Play and from the Apple Store for iPhones and iPads. 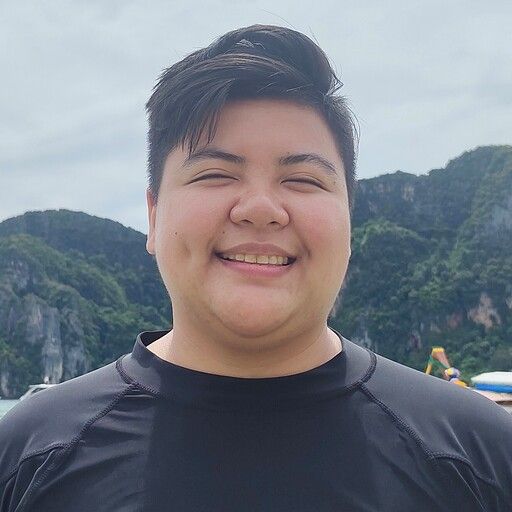